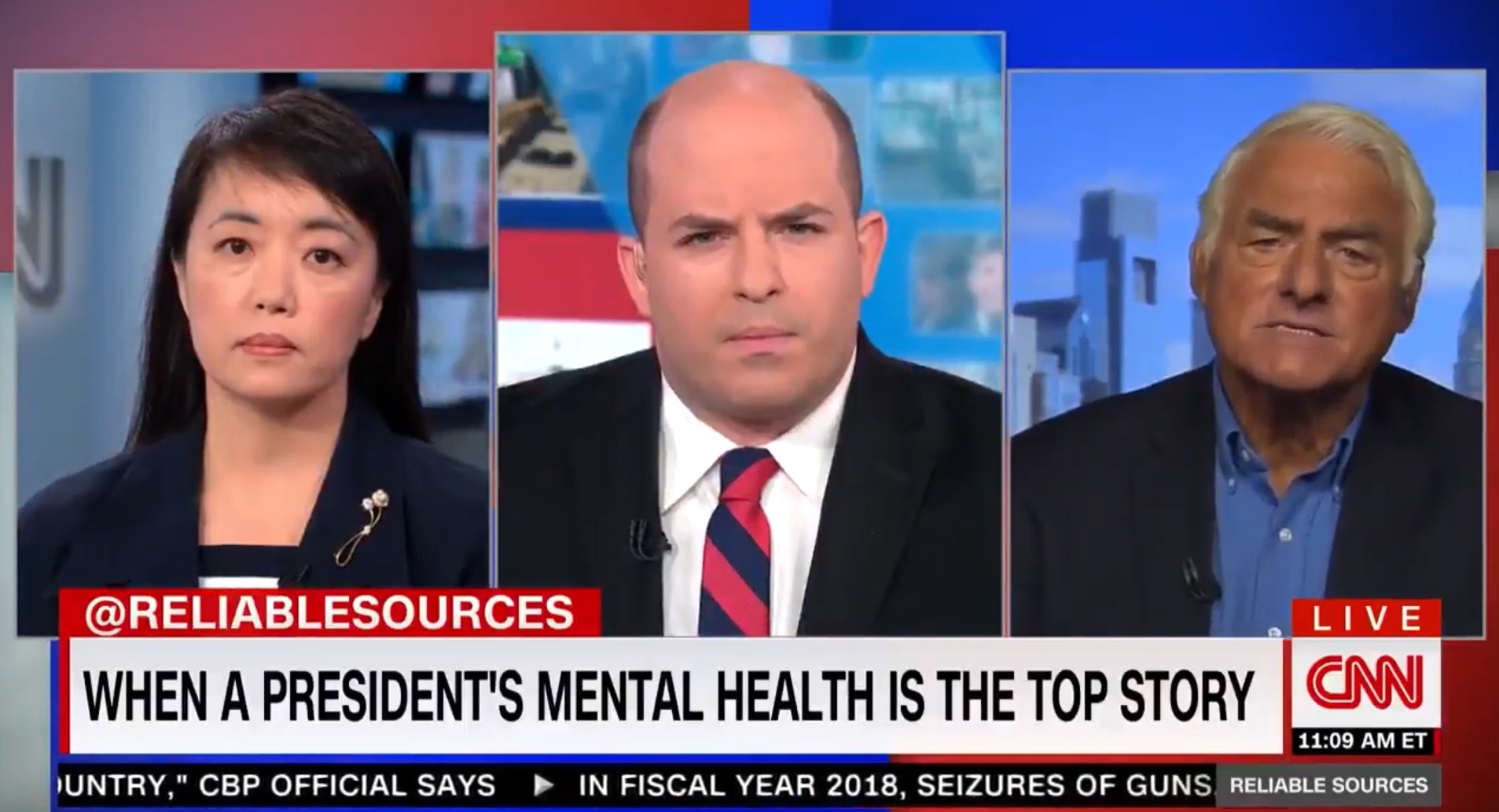 Calling Trump crazy hides the fact that we’re crazy for having elected him. And even crazier for allowing his crazy policies to persist.

While Frances’ comments were shocking — considering Hitler, Stalin, and Mao were collectively responsible for killing tens of millions of people — even more stunning was the fact that show host Brian Stelter did not interject, question, push back, or fact check Frances.

Instead, Stelter allowed Frances to continue talking while he stared directly into the camera.

Stelter’s reaction — or more aptly, his non-reaction — triggered a wave of backlash on social media. He was criticized for not pushing back or questioning Frances’ outlandish claim, a routine responsibility for show hosts.

How did Stelter respond?

He said he should have interrupted Frances, but didn’t because he did not hear what Frances said. Stelter claimed he was “distracted by tech difficulties.”

I agree that I should have interrupted after that line. I wish I had heard him say it, but I was distracted by tech difficulties (that’s why the show open didn’t look the way it normally does, I had two computers at the table, etc). Not hearing the comment is my fault.
— Brian Stelter (@brianstelter) August 25, 2019

But not everyone believed Stelter because, as the Daily Wire’s Ryan Saavedra noted, CNN promoted the segment that included the comments on social media.