Hey, everyone! I’m Bailey, Marketing Coordinator for Aksys Games, and I’m so excited to tell you about our upcoming game, Ghost Parade, from Indonesian developer Lentera Nusantara Studios. It’s a side-scrolling metroidvania platformer with a unique, delicate art style and an addictively challenging gameplay experience. Basically, I’m obsessed with it. I also have really good news: it’s coming to PS4 October 31! Yep — ghosts on Halloween. We do love to get into the holiday spirit (so to speak) here at Aksys. 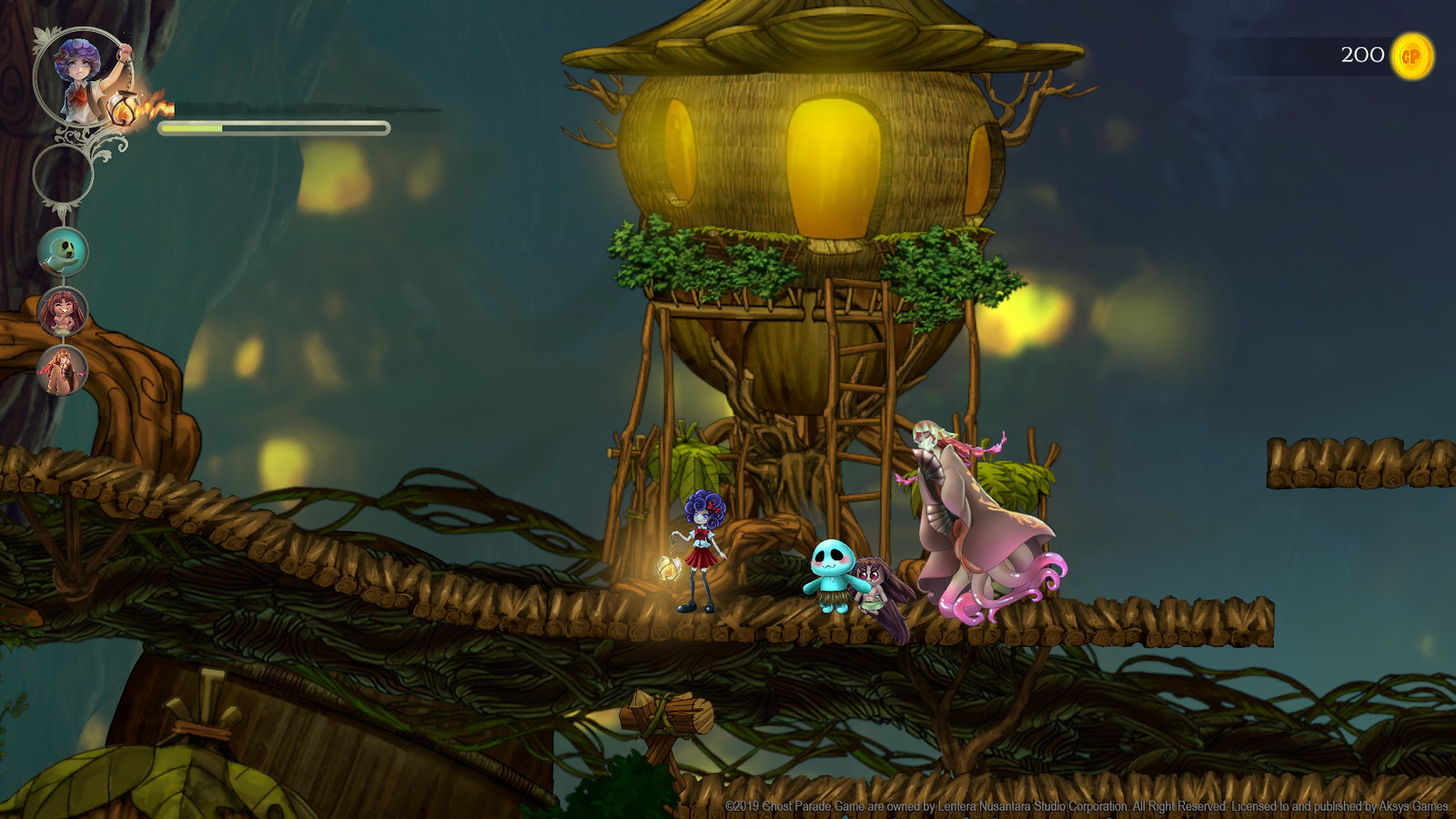 Suri visits the village of the Anak Rote.

Ghost Parade follows the adventures of Suri, a young girl who gets lost in the woods while trying to take a shortcut home from school. There, she encounters numerous ghosts, many of whom join her on her quest after being charmed by her bravery and kindness. When Suri discovers that greedy humans are threatening to destroy the forest and its mystical inhabitants, she knows she must act before her newfound friends lose everything they hold dear.

To learn more about Suri’s backstory, you can read the official Ghost Parade comic on the Aksys Games site!

More good news: pre-orders are now open, and anyone who pre-orders Ghost Parade from the Aksys Online Store will receive 20% off. Additionally, the first 1,000 pre-orders will receive the 22-song, 56-minute soundtrack, featuring a stunning score from various Indonesian bands and musicians.

Before you join the parade, I’d love to fill you in a little on the background of the game. Ghost Parade, in spite of its ethereal appearance, doesn’t hesitate to offer a real challenge, even to the most experienced platformer players. 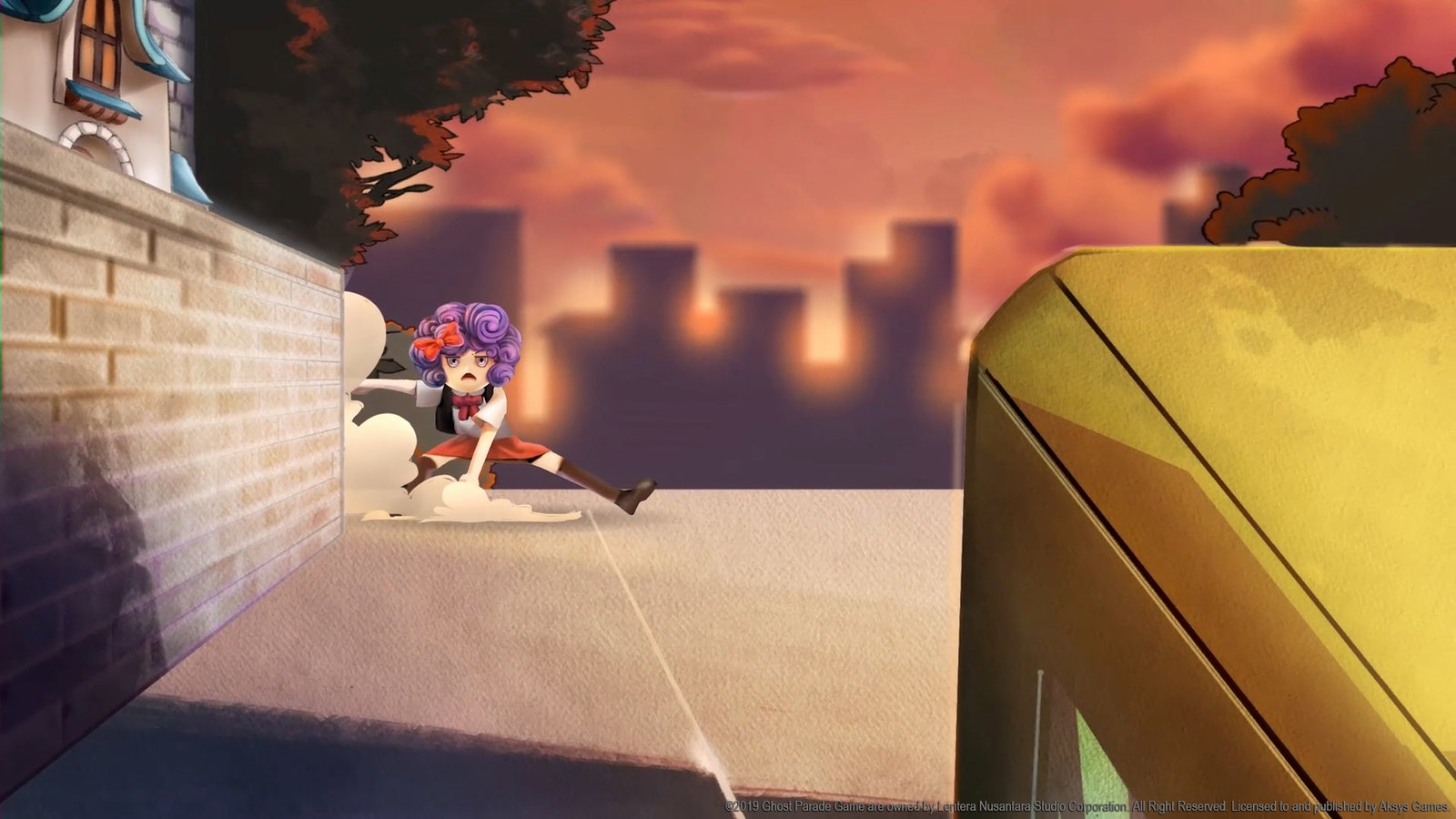 Suri races to catch the bus, but she’s too late!

Suri has the ability to swing a lantern in a melee attack or throw rocks from afar in order to protect herself from the dangers of the forest, but not every threat can be neutralized with an offensive maneuver.

Suri must navigate the woods with care, or she may find herself on the wrong end of a poison spike or the victim of severe fall damage. Fortunately, Ghost Parade puts myriad save points in Suri’s path, so players don’t have to redo much any time they die. 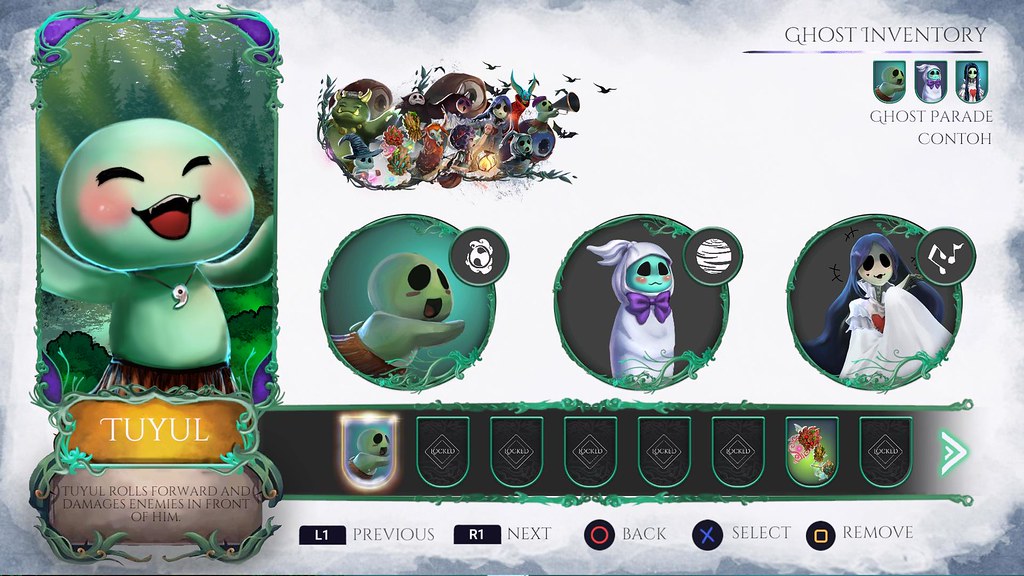 There is a description of each spirit Suri encounters in the Journal section.

There are a whopping 70 ghosts in Ghost Parade, 30 of whom can join Suri as companions, lending their specialized abilities in order to aid her in battle. Players can enlist a team of three ghosts at a time, unlocking special bonus abilities by selecting the right combinations. The ghosts, inspired by Indonesian legends and folktales, are designed to have unique personalities and cute appearances.

“In Ghost Parade, we don’t want to make the ghost characters scary and antagonizing, like ghosts are in other games,” said a spokesperson for Lentera Nusantara Studios. “We want the audience to know more about our lelembut [spirits], rather than be frightened by them.” 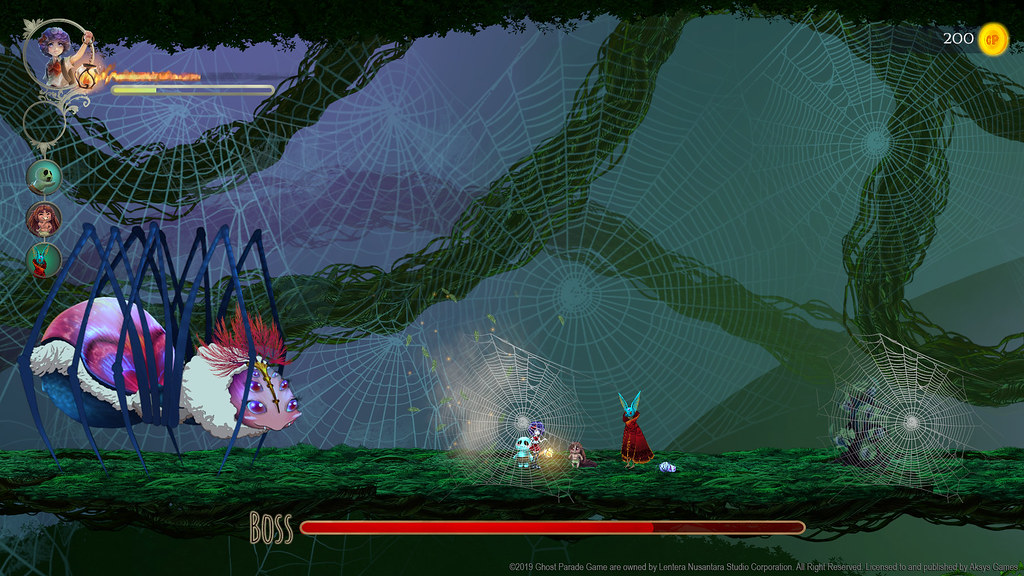 Ghost Parade comes from Lentera Nusantara Studios, who drew heavily on Indonesian culture to develop the sights, sounds, and spirits of the game. The team began work on the game in 2015, drawing inspiration from varied sources like Spirited Away and Pokemon. They sought to create a game with a pro-environmental message, in an effort to raise awareness of cultural conservation and the lasting damage of deforestation.

Before we depart, we’d like to leave you with a special treat. Here are two songs from Ghost Parade’s soundtrack:

You heard them here first! Keep an eye out for Ghost Parade, launching this Halloween on PS4.