THE heartbroken family of tragic schoolboy Lucas Dobson have paid tribute to their “little man” – after the six-year-old was swept to his death on a fishing trip with his dad.

Cousin Chloee Martin said “one accident is all it takes” after little Lucas was drowned in Kent’s River Stour on Saturday. 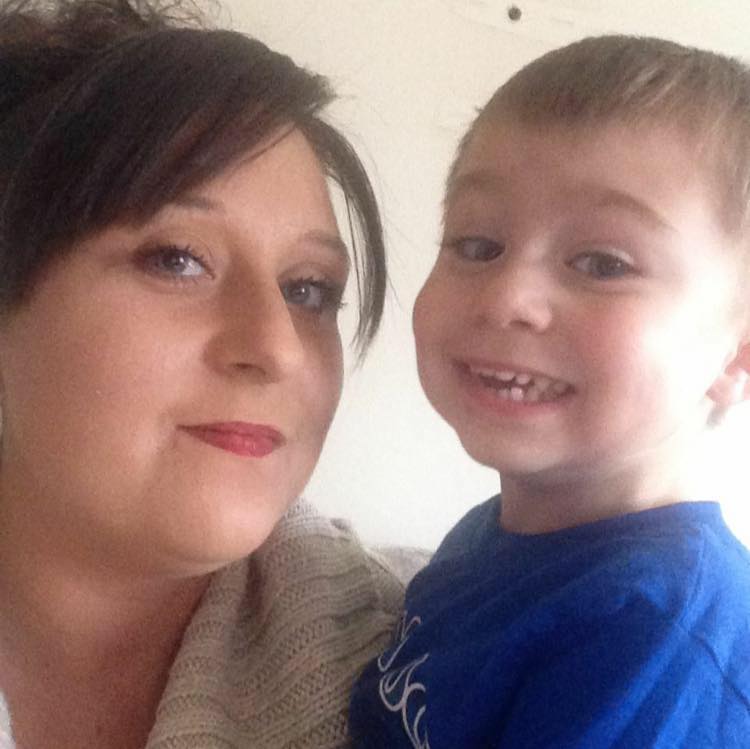 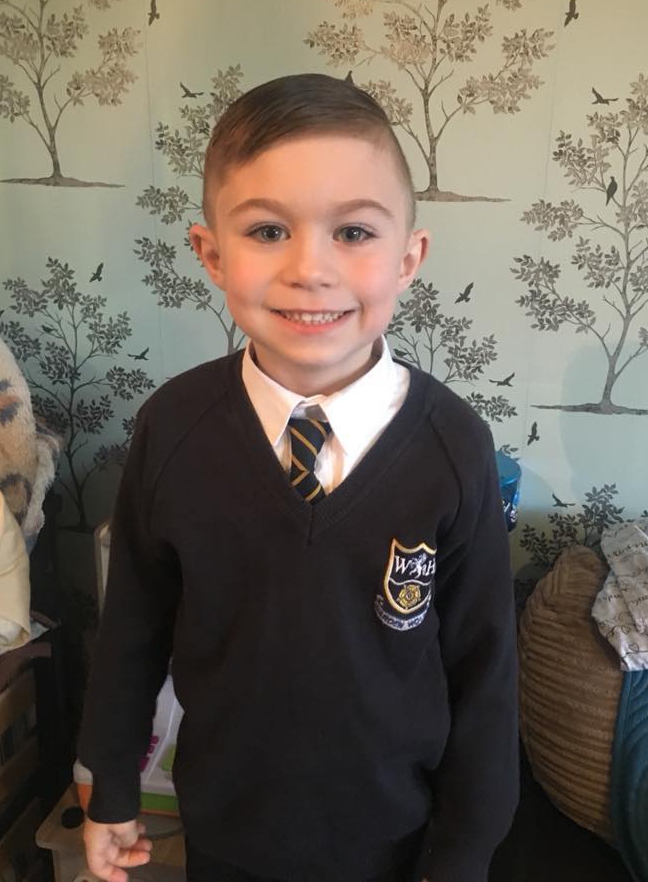 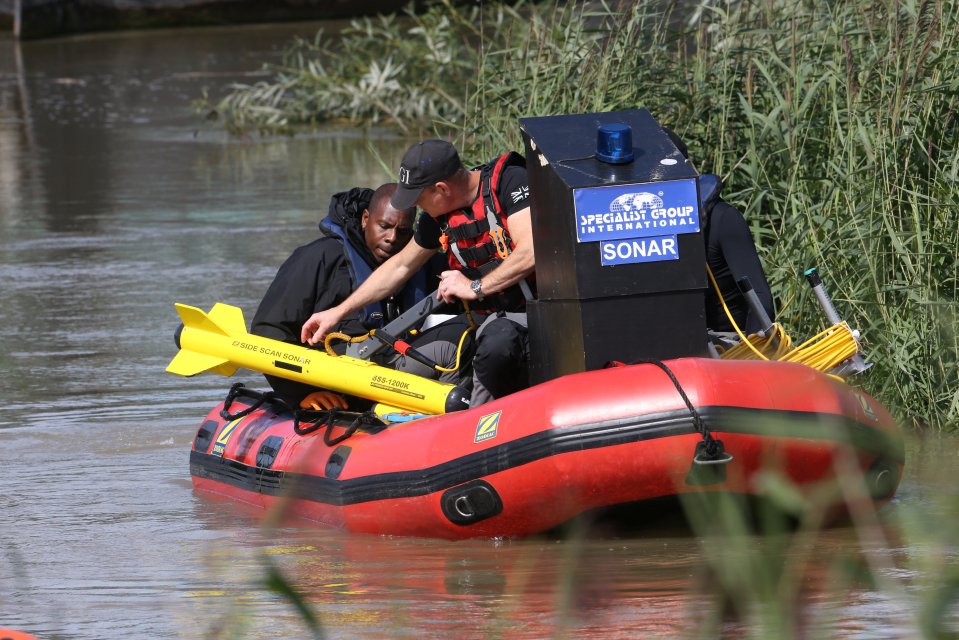 Police divers and emergency services were called in to help with the searchSWNS:South West News Service

She wrote: “Rest in peace little man, gone way to soon. Nanny will look after you. I love you much and I’ll cherish the memories forever.

“Life is so important so is family. Cherish the good in life. You don’t know what’s round the corner. I little accident is all takes!

“This world’s a cruel place it really is. But I’m so thankful for the thousands of support through the journey of finding my little cousin.

“Took time but we can now say our goodbyes and lets him rest now.”

Cops and specialist divers used sonar detectors and drones in the four-day search as tearful members joined 500 volunteers to rake through nearby fields.

A JustGiving page to support the family raised over £2,000 in just three days.

It comes after Kent Police found Lucas’s body this morning.

Lucas had been trying to jump onto a boat from the jetty when he fell into the water – swept away by a strong current about 1.30pm on Saturday.

His dad Nathan and three pals leapt into the water, trying in vain to save him.

Chief Inspector Mark Weller, of Kent Police, said: “Following the discovery of a body in the River Stour at approximately 9.15am on Wednesday 21 August, formal identification has taken place and I can confirm the body is that of missing Lucas.

“It brings an end to our search and I would like to echo Lucas’ family’s message of thanks to those who came out to help search for him in the last few days. The community support we have witnessed has been heart-warming, even in the most tragic of circumstances.

“I’d also like to recognise the efforts of our partners from Kent Search and Rescue, Kent Fire and Rescue Service, HM Coastguard, the Royal National Lifeboat Institution and all the volunteers who assisted in the search for Lucas.

“While the search may have ended, our support to Lucas’ family continues.”

Earlier, police said it was “unlikely” Lucas would be found alive as hopes faded.

It comes after his devastated mother, Kirsty Furze said that while the little boy, who lives in Deal, had taken some swimming lessons at school, he would have been “too scared to try to do anything”.

Referring to him as her “everything” and “mummy’s boy”, the mother had previously led a candlelight vigil during the search. 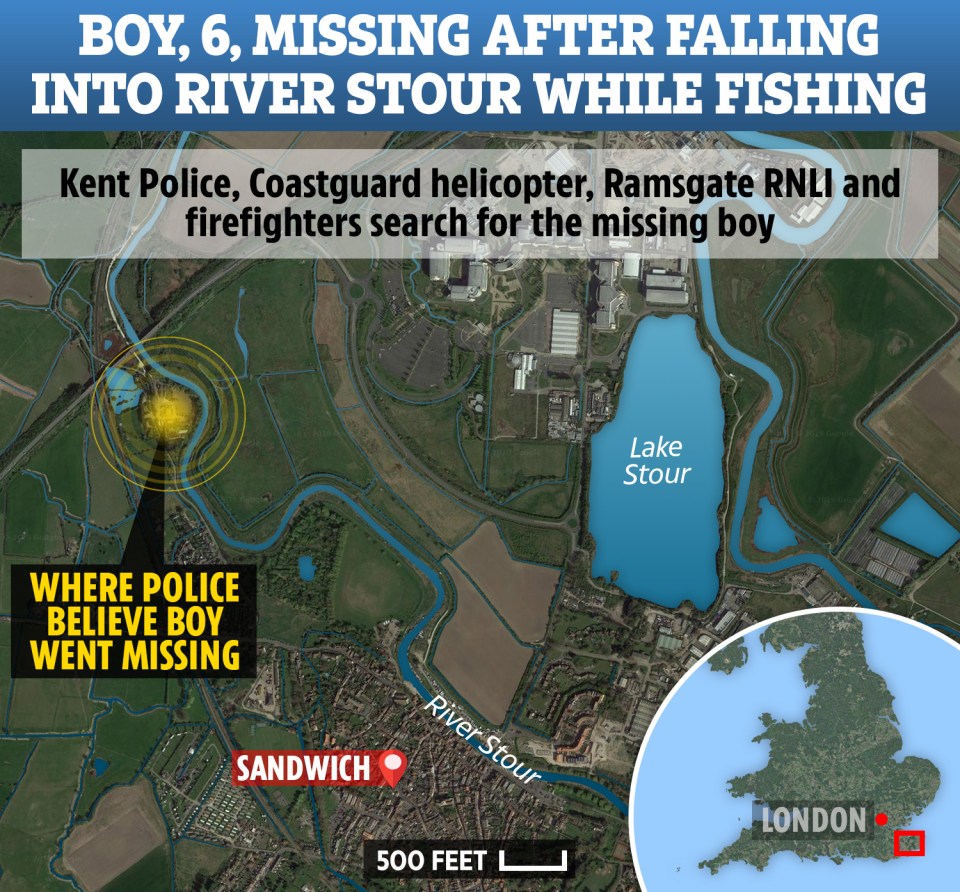 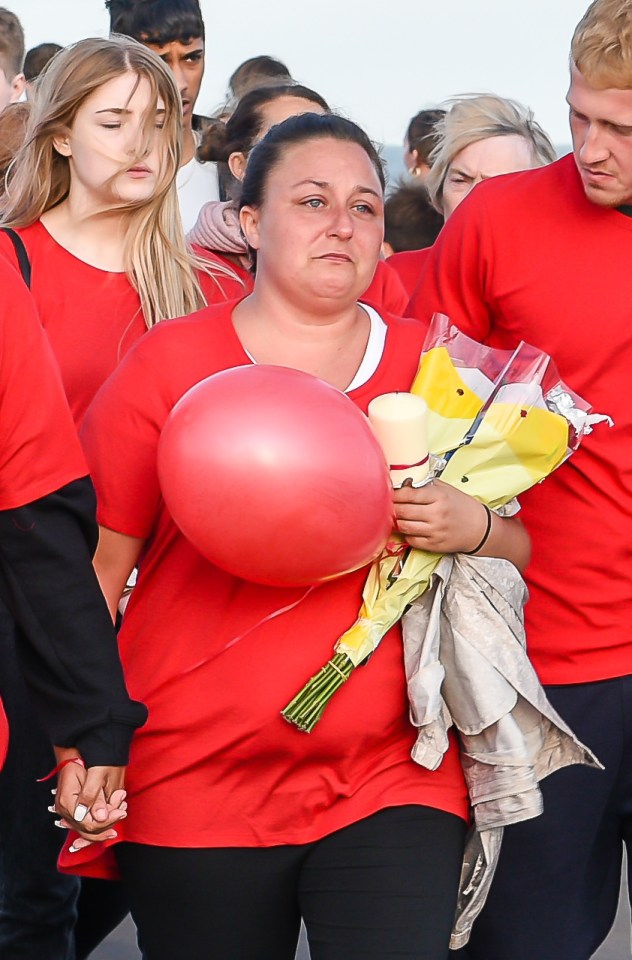 MOST READ IN NEWS

Cheerleader, 18, 'smashed newborn's skull and set her on fire' days after prom

Home and Away actor Ben Unwin, 41, found dead at his house by cops

Tearful family members joined the search this week as volunteers hunted around areas near the River Stour alongside police, Kent Fire and Rescue Service and HM Coastguard.

Candlelight vigils were also held along the coast for the little boy.

Initial enquiries are continuing but the death is not being treated as suspicious. 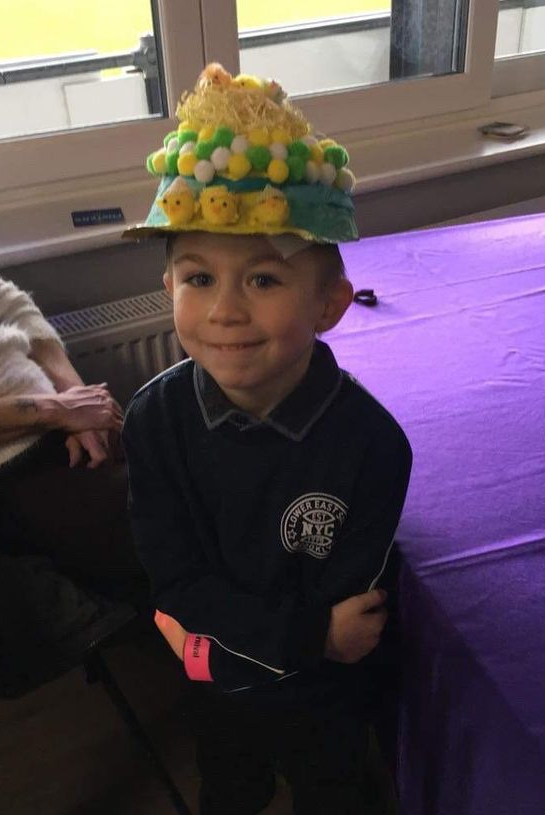 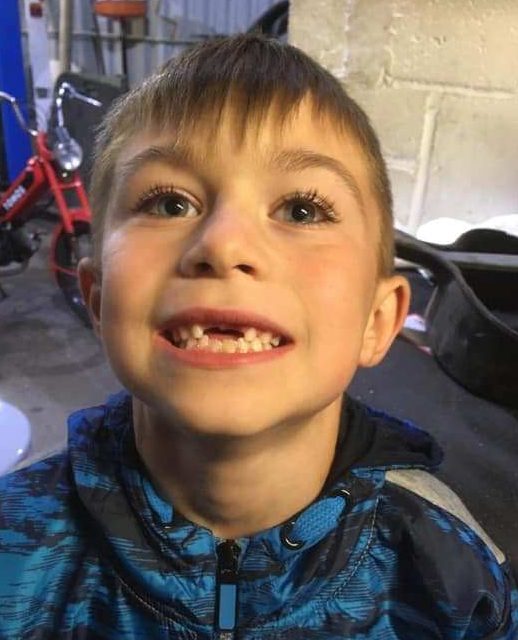 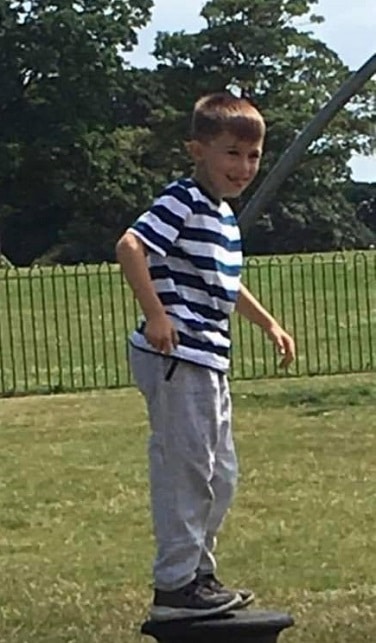 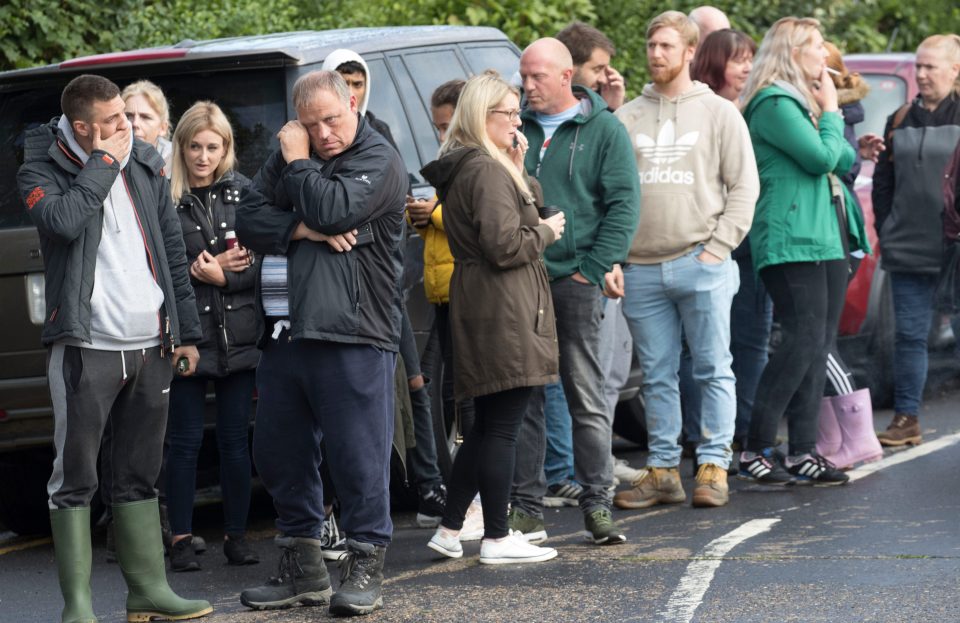 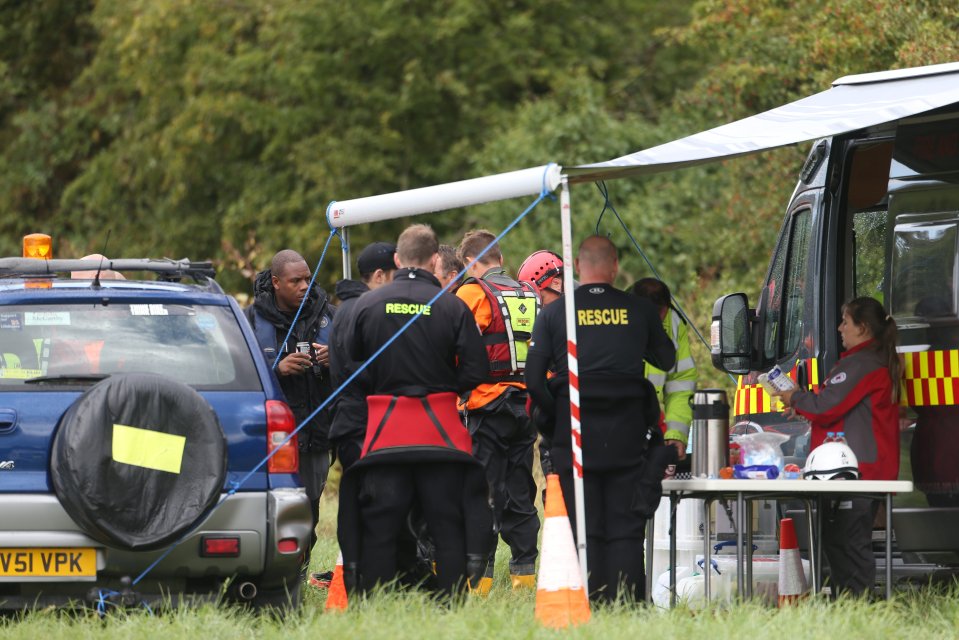 Police divers were called in, along with drones and sonar equipmentSWNS:South West News Service