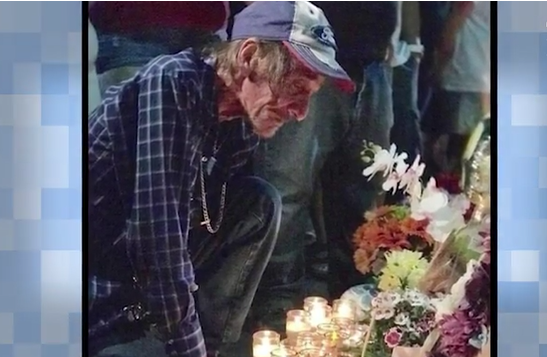 An El Paso, Texas, man whose wife was killed during a mass murder in the city last week has invited the public to attend her funeral, saying she was the only family he had left.

Margie Reckard, 63, was among the victims of a murderer who opened fire at an El Paso Walmart, in an attack that left 22 people dead and dozens more injured. Reckard’s husband, Antonio Basco, told
KFOX-TV of his wife, “When I met her she was an angel and she still is. I was supposed to be the strong one but I found out I’m the weak one, and she’s going to be missed.”

Basco told the outlet that the couple’s life together was like a fairy tale, saying, “I just feel it and when we first met, that feeling came to each one of us, to each other, and we’ve been together ever since. We were gonna live together and die together that was our plan.”

On Tuesday, Perches Funeral Home posted a message on Facebook with a picture of Mr. Basco, saying, “Mr. Antonio Basco was married for 22 years to his wife Margie Reckard, he had no other family. He welcomes anyone to attend his wife’s services.”

The funeral home noted that services for Margie Reckard are scheduled for Friday evening from 5-9:00 p.m., before urging the community to show its support of Mr. Basco, saying, “Let’s show him and his wife some El Paso love.”

The funeral director told KVIA-TV that the chapel where the funeral will be held has the capacity to hold roughly 200 people, and he hopes it will be filled for the service honoring the life of Margie Reckard.