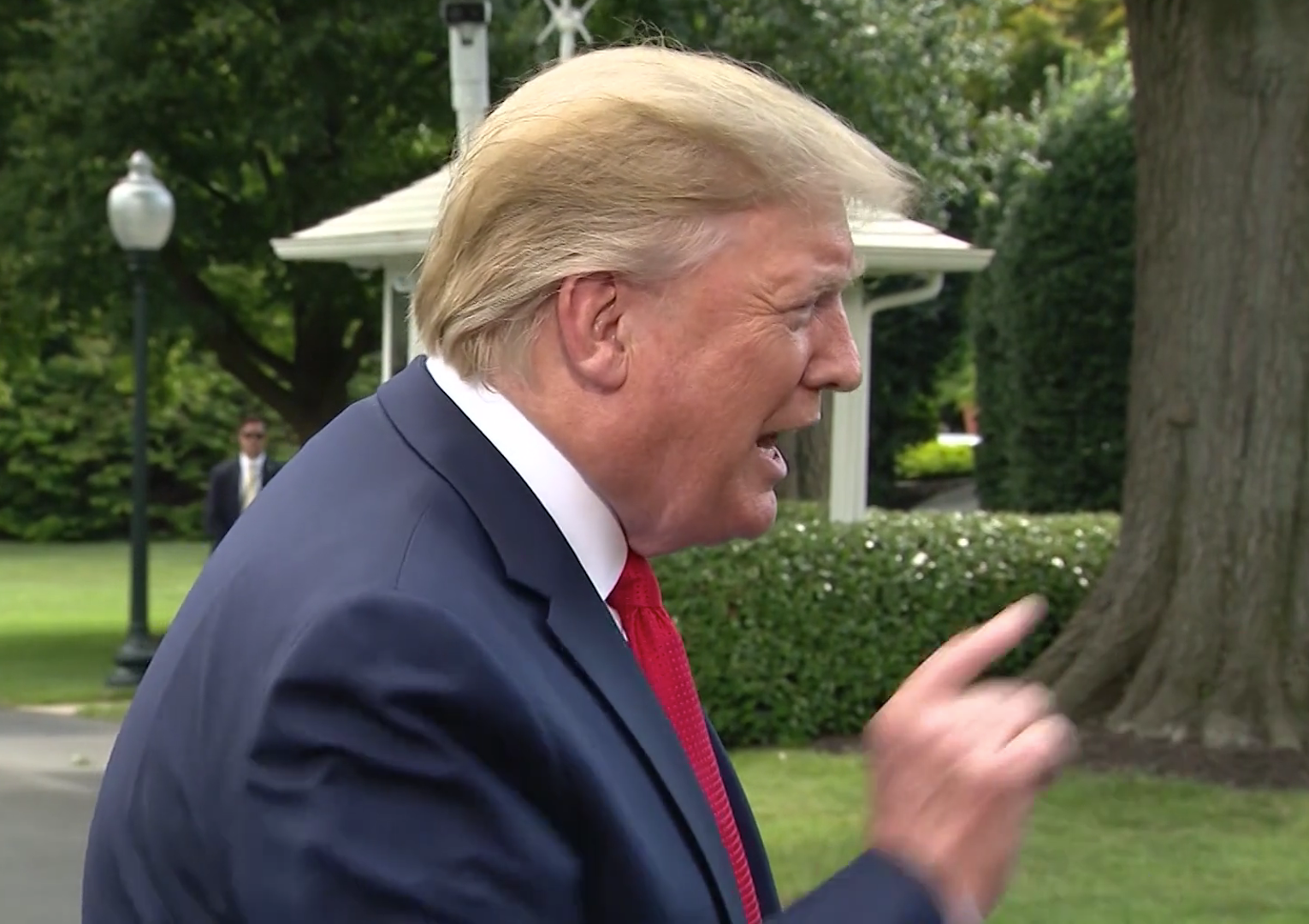 President Donald Trump had some harsh words for the reporter who asked him about the potential of being indicted on obstruction of justice Wednesday after former special counsel Robert Mueller’s congressional testimony, according to The Hill.

The question came from Hallie Jackson of NBC News. She asked the president if he was concerned that he could be indicted out of office, something Mueller said he believed was possible during his testimony. Here’s Trump’s reply to what he called “a very dumb and a very unfair question”:

“So Wikileaks is a hoax just like everything else, and all those problems having to do with crime were the biggest hoax of all. It was a witch hunt. A total witch hunt. And when you saw Robert Mueller’s statement—the earlier statement, and then he did a recap—he did a correction later on in the afternoon. And you know what that correction was, and you still ask the question. You know why? Because you’re fake news. And you’re one of the most. And let me just tell you, the fact that you even ask that question, you’re fake news. Because you know what, he totally corrected himself in the afternoon, and you know that just as well as anybody.”

President Trump was referencing the fact that early in the testimony, Mueller was asked if the decision not to charge Trump was based on the Justice Department policy prohibiting the indictment of a sitting president. Mueller simply responded, “yes.”

Later in the testimony, he clarified that misleading answer by saying that, regardless of DOJ policy, they “did not reach a determination as to whether the president committed a crime.”

Mueller’s peculiar language in the investigation report was one of the primary subjects of contention Wednesday, particularly the aspect of the report in which Mueller explicitly notes that even though the report doesn’t conclude Trump committed any crimes, it also doesn’t exonerate him.

Rep. John Ratcliffe (R-Texas) grilled Mueller on this particular comment, chastising him for using a legal standard that discards the presumption of innocence.

“…respectfully, director, it was not the special counsel’s job to conclusively determine Donald Trump’s innocence or to exonerate him because the bedrock principle of our justice system is a presumption of innocence,” Ratcliffe told Mueller. “It exists for everyone. Everyone is entitled to it, including sitting presidents. And because there is a presumption of innocence, prosecutors never, ever need to conclusively determine it.”

“I agree with the chairman this morning when he said Donald Trump is not above the law,” Ratcliffe said later. “He’s not. But he damn sure shouldn’t be below the law which is were Volume II of this report puts him.”


Rep. Ratcliffe to Mueller: Trump damn sure should not be below the law