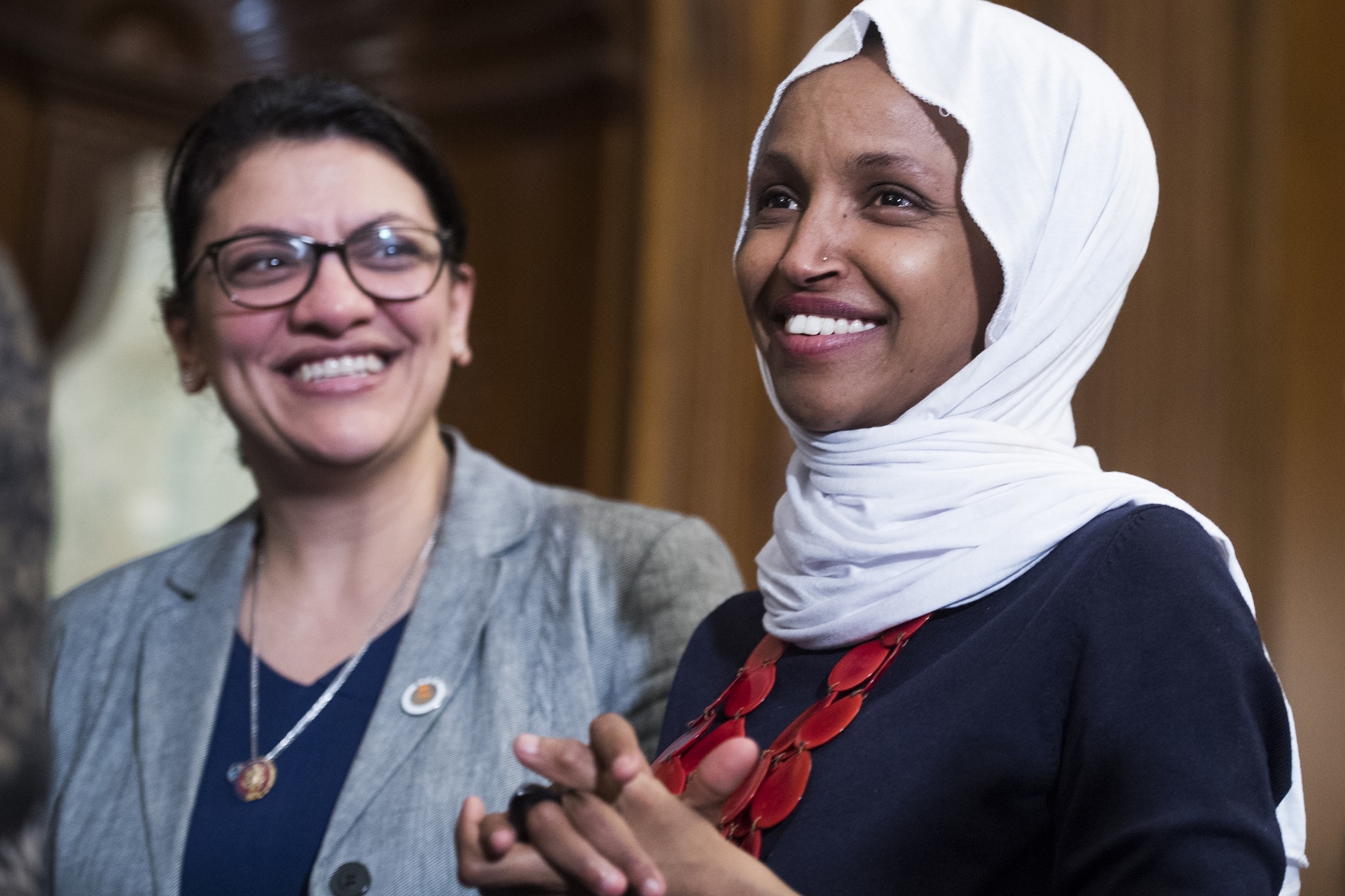 Freshmen Democratic Reps. Rashida Tlaib (Mich.) and Ilhan Omar (Minn.) have introduced a resolution restricting legislative measures to stop boycotts, while promoting it as an endorsement for the Boycott, Divest, Sanctions movement against Israel.

The two congresswomen were joined by fellow Democrat John Lewis (Ga.) in proposing House Resolution 496, “affirming that all Americans have the right to participate in boycotts in pursuit of civil and human rights at home and abroad, as protected by the First Amendment to the Constitution.”

The language of the measure points to the Boston Tea Party and Montgomery bus boycott as historic examples of how such economic sanctions have been effectively used in the past. In an interview with Al-Monitor on Tuesday, Omar made it clear that the intention of the resolution was to provide a pathway for the BDS initiative to thrive.

“We are introducing a resolution…to really speak about the American values that support and believe in our ability to exercise our First Amendment rights in regard to boycotting,” Omar told the outlet. “And it is an opportunity for us to explain why it is we support a nonviolent movement, which is the BDS movement.”

The far-left progressives hoped to give the BDS movement legs by introducing their measure on Tuesday — the week before an anti-BDS resolution, HR 246, is set to be considered, according to The Hill.

After the Omar-Tlaib-Lewis resolution was filed, it was hailed by the official BDS movement for Palestinian rights, which said it “warmly welcomes” the “ground-breaking resolution [that] will inspire human rights defenders everywhere.”

Tlaib and Omar are the first Muslim women ever elected to Congress, and have been accused several times of anti-Semitism in their outspokenness against Israel.

Omar has taken heat from both sides of the political aisle over a number of anti-Semitic tweets, which have been deleted. Most notably, the congresswoman wrote in 2012, “Israel has hypnotized the world, may Allah awaken the people and help them see the evil doings of Israel.”