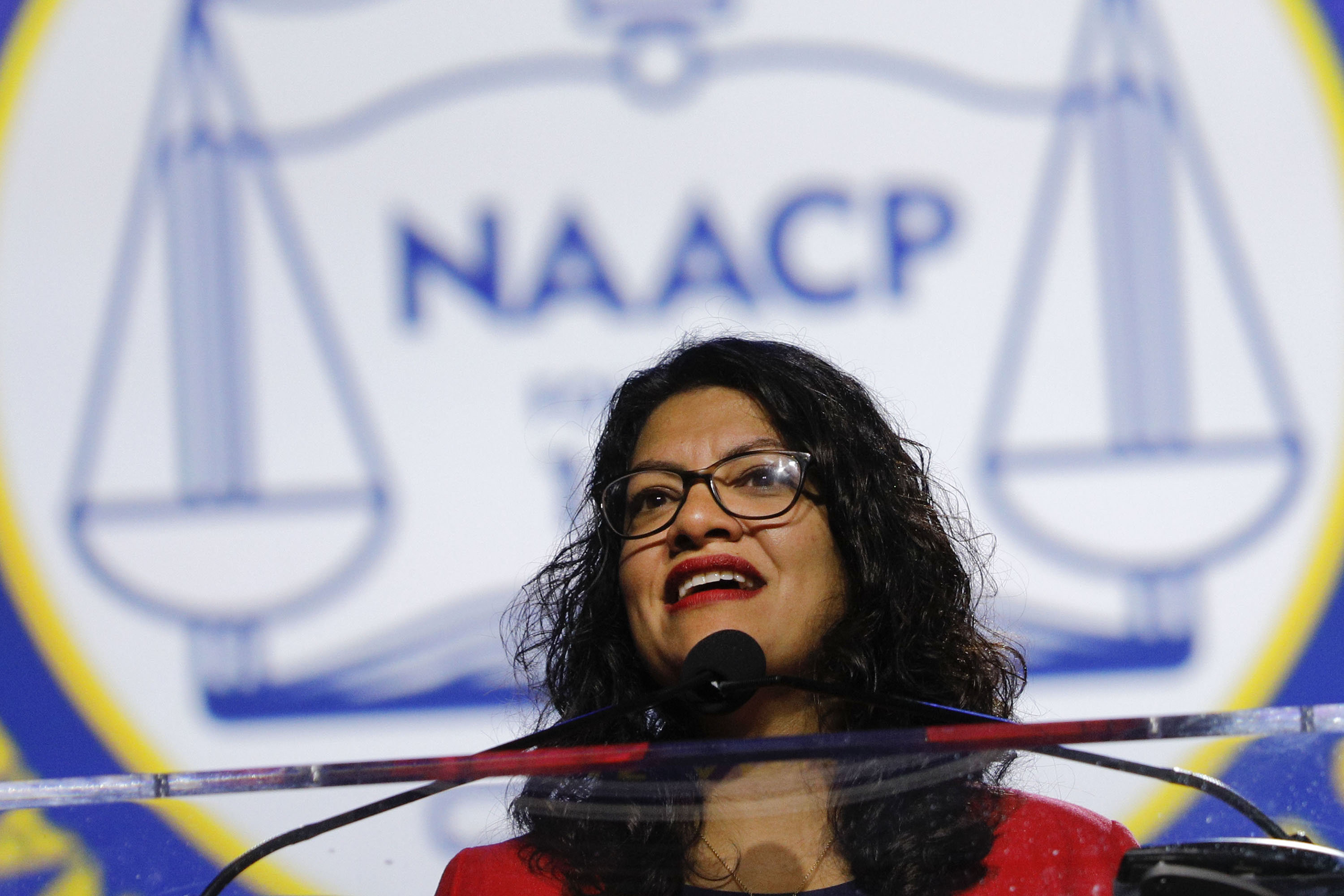 During a speech at the NAACP’s annual convention on Monday, Rep. Rashida Tlaib (D-Mich.) promised the crowd “I’m not going nowhere, not until I impeach this president.”

Tlaib has made Trump’s impeachment a theme of her political career. On her very first day in office, Tlaib told supporters that she had promised her son that she was “gonna impeach the motherf***er,” referring to Trump.

“We need bold action, folks. I know what’s happening out there, you know, there’s all of this, young women, and it’s beyond just the four of us,” Tlaib said at the NAACP convention, referring to her congressional allies Rep. Ilhan Omar (D-Minn.), Rep. Alexandria Ocasio-Cortez (D-N.Y.) and Rep. Ayanna Pressley (D-Mass.).

“The squad is all of you,” she added, using the term that her supporters call the group of female lawmakers. “I can tell you, you are all the squad, trust me. If you support equity, you support justice, you are one of us.”

She said this was “a new era of the civil rights movement.”

What’s the status of the attempts to impeach Trump?

But while Tlaib has been pushing for impeachment, Democratic congressional leaders like Speaker of the House Rep. Nancy Pelosi have been hesitant to get on board, arguing that there were more effective ways to counter Trump’s agenda.

Perhaps justifying Pelosi’s reluctance, Rep. Al Green (D-Texas) defied her and filed articles of impeachment on July 16 — only to have them voted down the following day by an overwhelming margin of 332 to 95, with one member of Congress voting “present.”

Not only did this vote fail to impeach Trump, it gave him fodder to mock the Democrats and a platform to promote his own accomplishments. He said on Twitter on July 17 that “[t]his should never be allowed to happen to another President of the United States again!”