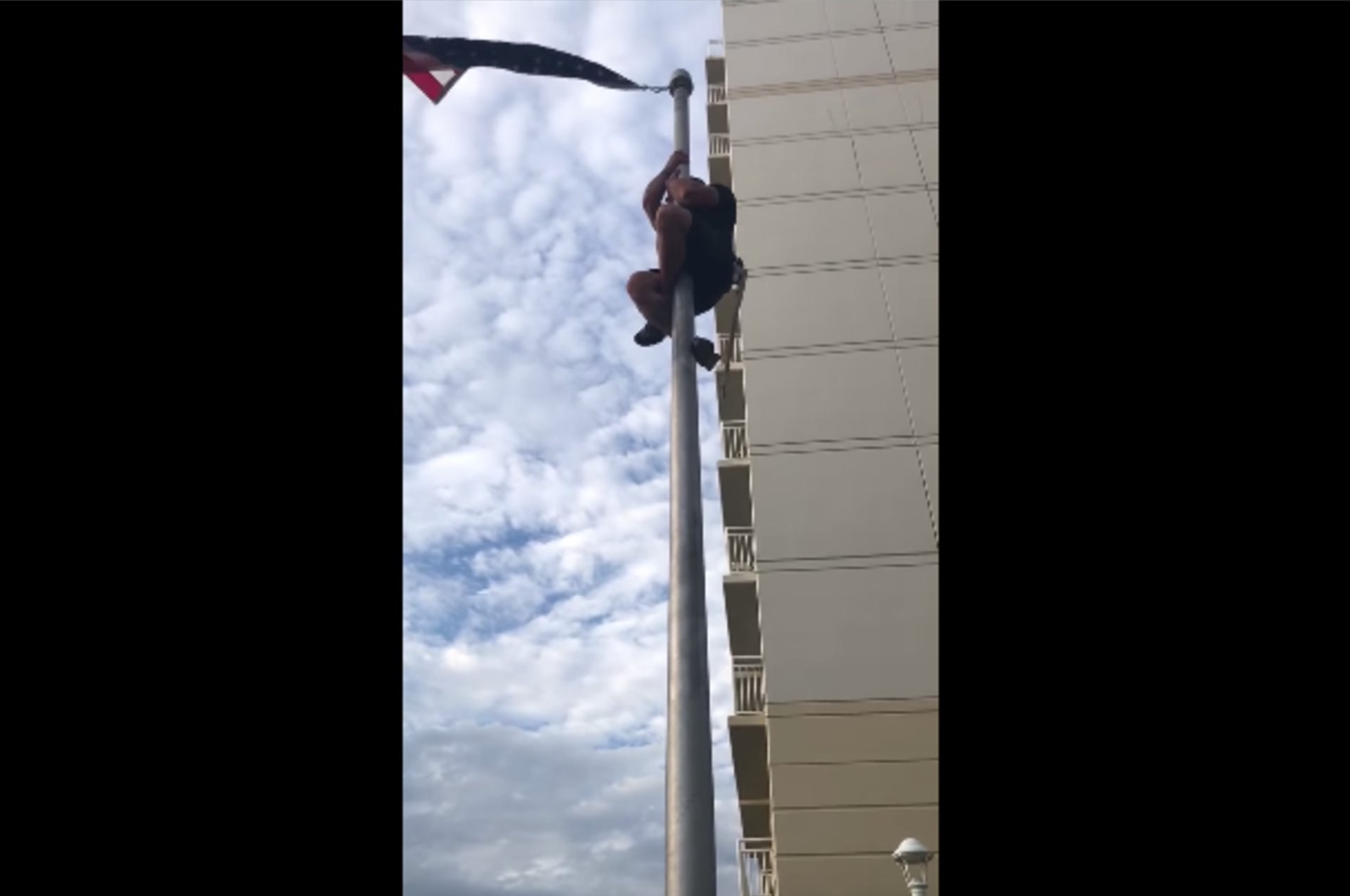 A former Navy SEAL took it upon himself to fix an American flag that had broken loose on Thursday and hung askance.

Dom Raso, the SEAL in question, had gone for a run in Virginia Beach, Virginia, when he noticed that the flag flying at the Virginia Beach Oceanfront Navy SEAL monument was not hanging properly.

He did what many other SEALs might do — shimmied up the pole to fix Old Glory.

In a viral Facebook post about the matter, Raso wrote, “Flag needed to be fixed at the Navy SEAL monument this morning. After a 3.5 mile run and smoked from the previous attempts, this was my 4th attempt at trying to get up and fix the flag.”

Raso refused to be discouraged despite having tried several times to make his way up the pole.

“If I fail … [I] honor them by trying one more time and get better every time I do it,” he added in the post.

He was eventually able to make it up the pole using the triangle choke move and fixed the flag.

The moving video has been viewed more than 2 million times at the time of this writing.

“I couldn’t go by this flag this morning and not give it everything I had,” Raso admitted in a portion of the post. “The gold stars on this monument and the sacrifice that has been made for us all was something I wasn’t just going to pass by. This flag pole climb reminded me about EVERYTHING in life.”

Dom Raso on Instagram: “After a 3.5 mile run and smoked from the previous attempts, This was my 4th attempt at trying to get up and fix the flag. Literally had to…”

In a follow-up Facebook post, Raso said that his decision to fix the flag should encourage fellow Americans to “step up and do what is right.”

“It doesn’t take many,” he wrote, “it just takes a determined and convicted few. I believe with all my heart and soul there is a wave of patriots in this country growing in strength and confidence each day.”

“While we watch parts of our country fall to mainstream confusion, complacency, and ignorance, there is a few that are willing to climb or stand or do what ever it takes,” Raso continued. “The greatest way to live is by our actions. EVERY SINGLE DAY we are given an opportunity. It’s a choice. We either take it or we don’t.”

“For it is God’s will that by doing good you should silence the ignorance of foolish people,” he wrote, citing 1 Peter 2:15.