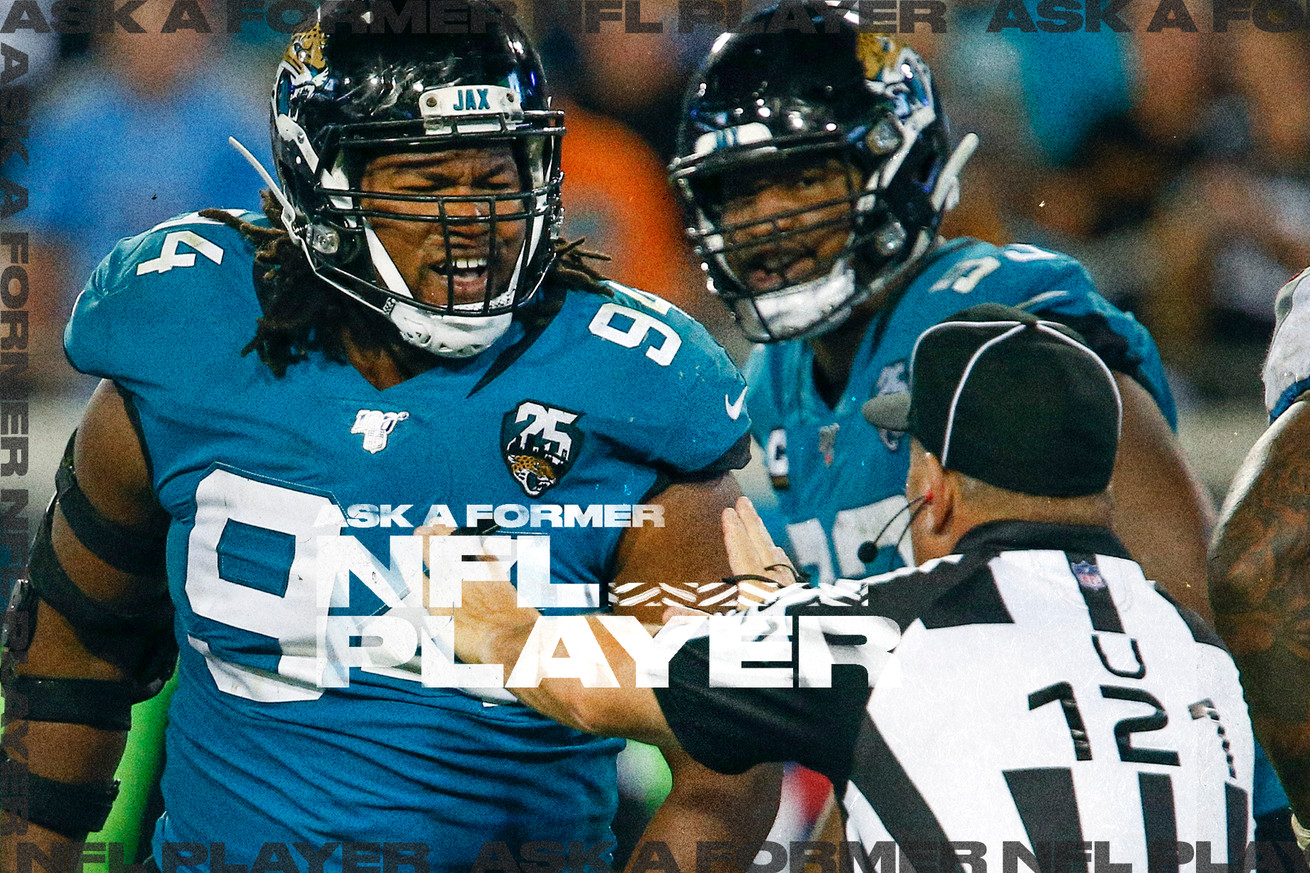 There has been an emphasis on holding penalties in the NFL this season.

In this week’s mailbag, Geoff Schwartz discusses the increase in holding calls, what it’s like to pass protect for mobile QBs, and how his diet differed from today’s players.

Well, hopefully our eyes have recovered from that Thursday Night Football game between the Jaguars and Titans. Yikes. Luckily, we should have some exciting games this weekend. Personally, I can’t wait to watch the Chiefs–Ravens matchup!

Before we get to the new mailbag, here’s my weekly reminder to hit me up on Twitter or Instagram if you’d like me to answer a question next time.

Now, on to this week’s questions:

Is it true that the NFL coaches asked the league to emphasize holding and that is why the holding penalties have gone up? If they did, do the coaches have any right to complain? —@joepalexander

Yes, defensive NFL coaches asked the league to emphasize more holding calls and it’s completely backfired. The refs have gone overboard — no surprise here — and it’s made the games low-scoring and ugly.

I did notice in the second half of the Jags-Titans game that they didn’t call as many holds, only two on the offensive line, but the game was nearly unwatchable. There were eight holding penalties, and 15 total, in the first half alone. Even Tom Brady called the refs out:

Every offseason, the coaches ask the NFL and competition committee to explore rule changes and emphasize different rules. This offseason, the big push was holding. But yes, they have the right to complain. When a national broadcast is complaining about holdings, plus Tom Brady, then something has to be done.

The good news is that after the increase in penalties through the first two weeks and this week’s Thursday night game, I think the NFL will loosen its grip on the flags going forward.

Do QBs that move in the pocket make it easier to block for, or do their movement and scrambles make it harder in pass pro? — @Varo210

I get this question often and the answer is actually easy: Linemen prefer quarterbacks who are in the same spot every snap. If it’s a quick drop, the quarterback is where he’s supposed to be. If the drop is deeper, the quarterback hits 9-9.5 yards and then hitches forward into the pocket.

If we know where the quarterback will be each rep, we know the blocking angles. If you’re at tackle, you know exactly how deep you can allow the DE to rush around you. If you’re at guard, you know how wide you need, or most often don’t need, to be to kick so you keep your body between the rusher and the quarterback. If the pass rusher makes a secondary move, you’re able to redirect knowing where the QB should be.

With that all being said, having mobility at quarterback and being able to escape poor protection is awesome, but only in doses. Sometimes quarterbacks who are too mobile try to escape the pocket too soon, or don’t understand the subtle movements needed to help the linemen in the pocket.

Lastly, you need to read this article by Robert Mays on this exact topic regarding Deshaun Watson. It’s outstanding.

I’ve always wondered about meal regimens for pro football players. Do you have a different diet during the season compared to the offseason? Also, was there a go-to gameday meal for you? —@JDRR89

When I first entered the NFL in 2008, most players just ate whatever within reason. There weren’t many players who had personal trainers, custom meal plans with strict diets, and who ate to protect their bodies. Now, I’d argue most of the top players have a general sense of their diet and/or have people in control of their diet.

However, we used to eat like crap the night before a game. Like awful. The night before the game used to be glorious: cheeseburgers, pizza, fries, wings, and a sundae bar with all the fixins. And, we’d crush it. I’d eat wings, a few slices of pizza, and maybe some ice cream at 9:30 p.m. ET before a 1 p.m. kick. And guess what? I felt fine on Sunday. I just ate a small breakfast. Maybe an omelet and a bagel at 8 a.m. and then we’d kick off. I actually liked to “feel hungry” during the game.

Today, everyone eats a lot healthier.